Sunil Gavaskar turns 71 today. And the mere mention of his name makes most people rattle off a plethora of cricket records – the first to ten thousand Test runs, the first to get to thirty Test centuries, the first to score a century in each innings of a Test Match three times, and so many more. The man was a run machine and perhaps statistically the greatest batsman of his era, no mean feat when you consider that the era which had the likes of Viv Richards, Javed Miandad, Geoff Boycott and Greg Chappell. But there is actually much more to Sunil Gavaskar than just an insatiable appetite for runs and an immaculate technique. The man went beyond cricket and racked up achievements in a number of other fields, some totally unrelated to his sport. So even as people pay tribute to his feats at the crease and recall his records on his birthday, here’s a look at some other hats that this incredibly versatile cricketer wore (he never wore a helmet, so hats it would be):

Yes, Gavaskar was actually the hero of a comic book series, which had at least three issues, before fading out. Gavaskar played the role of Sunny the Super Sleuth, a cricketer who is also an action hero. His costume was a rather bright orange tracksuit with a headband, and he had enough gadgets to make James Bond jealous, including a jet belt, a cassette recorder that had a TSE (to stop erasure) button and a specially speedy car called the Marzuki! Of course, he scored lots of runs on the field (including a century against the rather oddly named Bandookistan) and also fought crime – once rescuing an English cricket called, wait for it, Gotham. It was hardly DC-Marvel level stuff, but the illustrations were decent and the text was littered with cricket-related puns. “They don;t call me a great strokeplayer for nothing,” he memorably said while beating up some villains, announcing “it’s stumps, folks” before starting the carnage. The comics were launched in late 1984 but never really took off and a year later, had run their course. But well, Gavaskar did become perhaps the only cricketer to have also been a comic book superhero.

Well before he became a comic book hero, Gavaskar had been one of the silver screen as well. He played the lead role in a Marathi film called “Savli Premachi” in 1980. The film, which also featured the sister of one of India;s best known umpires, Piloo Reporter, as well as notable stars like Shreeram Lagoo and Vikram Gokhale. The film, however, did not do well. Gavaskar then made another appearance in the Naserruddin Shah starrer Malamaal, in which he played himself and was part of the hero’s plans to spend a massive amount of money through a cricket match. He was also seen for a very short while in Kabhi Ajnabi The, a film starring another Indian cricketer, Sandeep Patil, but that was just part of general footage. Still it was enough to get him an IMDB page of his own (https://www.imdb.com/name/nm1076614/! Being comfortable in front of the camera also enabled him to be the anchor of one of India’s first cricket shows on television, Sunil Gavaskar Presents.

Cricketers endorsing brands and products was not unusual in India,but they were largely restricted to a products that could be broadly associated with the sport – from the kit, to soft drinks, to the odd shaving cream and blade, and of course ads for their employers (banks, railways and so on). Some high profile cricketers like Mansur Ali Khan Pataudi did get more of an ad presence, but by all accounts, Gavaskar took it to another level. There was a time when almost every other ad on Doordarshan (the only channel around) featured Gavaskar and sometimes his family. From being Dinesh Gavaskar in ads for Dinesh Suitings to being the quintessential family person in a Lipton Tea ad to advertising hair dye to being the doting dad for Forhans, Gavaskar was extremely visible in the ad, ad world.

And this was besides the usual quota of ads for soft drinks (Thums Up), Cricket bats (Sanspareil Greenwoods), shoe whiteners (Cherry Blossom) and pain relieving creams (Iodex). He was also very quick to spot a commercial opportunity – he was one of the first players to actually place an ad on the back of his bat (MRF!). All this commercial activity led to some accusing him of being too money minded, but in the long run, there is no doubt that Gavaskar made cricketers, who were not very well paid, aware of the earning potential of commercial endorsements. He would remain a much in demand figure for ads even after he had retired, recording a memorable Coke ad with perhaps the second greatest opening batsman India has had, Virender Sehwag.

It was customary for many star players to write a book or two during their career, more to cash in on popularity rather than to get one’s side of the story across. Gavaskar wrote four! And the first of these, Sunny Days, released in 1976, is considered by many to have literally given a new dimension to the cricket autobiography. The book, written with surprising directness and dry humour attracted its share of controversy, mainly because of his criticism of the crowd in Kingston which he said “proved beyond a shadow of doubt that these people still belonged to the jungles and forests, instead of a civilized country,” but turned out to be a major bestseller. It also attracted a lot of international attention, which was unusual for a book by an Indian cricketer. After a period of relative quiet as an author, Gavaskar came out with three books in almost as many years, a feat that many bestselling authors would envy.

These were Idols (1983), which covered cricketers who inspired him, Run N’ Ruins (1985) about the Pakistan and West Indies tours of India in 1983-84 and finally One Day Wonders (1985) on India’s surprising win at WCC 1985. All of them, barring Idols (which was a series of tributes) were written with the same direct style that had made Sunny Days such a hit – his confession that he had edged a ball against Pakistan but had not walked because there were two teams he would never ‘walk’ against, Pakistan and Mafatlal, drew controversy! Not surprisingly, all did very well, establishing Gavaskar as perhaps the best player-writer on the sport in India, by some distance. Three of those books – Sunny Days, Idols and One Day Wonders – are still available for sale in a single edition, now titled The Sunil Gavaskar Omnibus and by all accounts, they still find readers aplenty.

Although he has never written another book after those four (and there are many clamouring for a “final autobiography”), he has since been a regular columnist in many publications, and is as direct as ever. A notable feature about Gavaskar the writer is that he is one of the few sportspersons who has always written his books by himself, not taking the assistance of other writers, as is the general practice. As on the crease, he plays with a straight bat!

In 1993, tensions were high in Mumbai following a series of bomb blasts. In these conditions, a mob had surrounded a family, clearly intending to harm. One person left the safety of his house, confronted them all, and told them they would have to get past him before they could harm anyone. 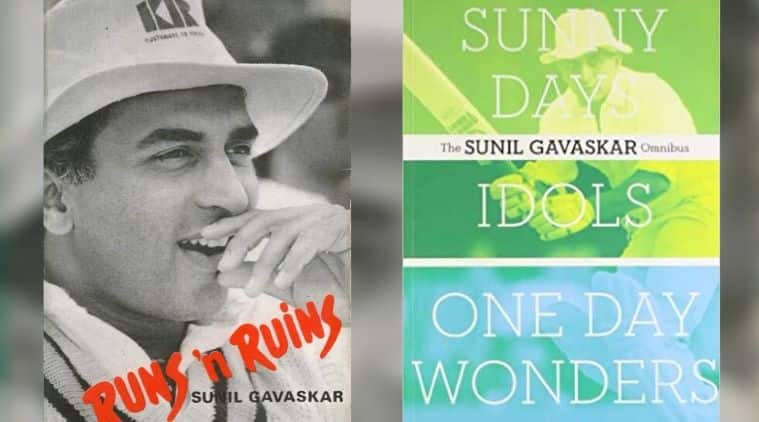 Fri Jul 10 , 2020
| Preview and Predictions for Day 3 of ENG vs WI, Getty For the second day running, rain played spoilsport in what was the ‘comeback’ game for Cricket, but much to everyone’s surprise, it is West Indies who have the game under control after two days of action. Day 3 […]